Interview with Melissa Muldoon, author of Eternally Artemisia (Giveaway too!) 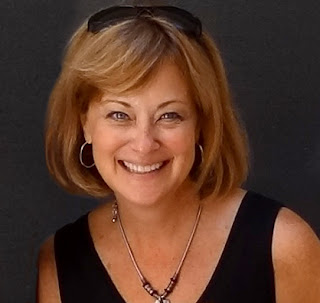 Today, I am welcoming Melissa Muldoon to Essentially Italian in an interview that has this author talking about her books, her writing life and her passion for Italy, its language, art, and culture. 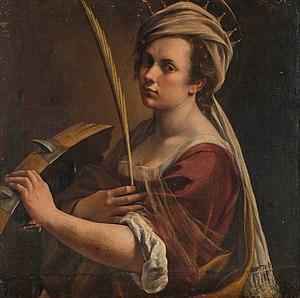 LCR: Welcome to Essentially Italian! Your books all feature the journeys of regular women on their paths to self-discovery, whose stories parallel with the stories of some of the great Italian artists. As they are connected, by theme anyway, how would you describe your work? As a series? A trilogy? What is your goal with this collection?


MM: They say to write what you know best, and what I know best is art and Italy! I didn’t start out to write a trilogy, but as I was working on my third novel, I realized I had. Each book, Dreaming Sophia, Waking Isabella and Eternally Artemisia stands on its own, but still, there is a common theme that connects them all and that is—what draws a woman to Italy and why. In each book, I explore the forces at play that cause my protagonists, sometimes against their will, to follow the gentle tug and pull of Italy to make a life there, despite great odds.

Maybe this is because I’m always trying to explain my own “peculiar” fascination with Italy, the Italian people and the language. I have always felt an inexplicable hand pulling me to Italy, despite having no Italian heritage. Like all my female protagonists—Sophia, Nora and Maddie—sometimes I too feel like I have been persuaded by Italian artists and Medici princess’—even seduced by Tuscan ghosts from the past—who whisper into my ear, to learn the language and return home to Italy time and time again. So, perhaps like my characters, I too have lived another life in Italy—or perhaps several!

Apart from that, my goal with my books has also been to bring art history to life for my readers. I believe “art” can talk to you and there are stories to be revealed if you take the time to “listen.” I find it fascinating to contemplate the idea art endures, but people pass away and are forgotten. We have paintings and cathedrals created by artists who worked hundreds and thousands of years ago—all tangible proof that lives were lived in the past, people loved well had hopes and dreams and aspirations. Rather than let these forgotten historical figures and painters remain vague dusty statics in a history book, I want to reanimate their stories and make them real and poignant again for future generations. 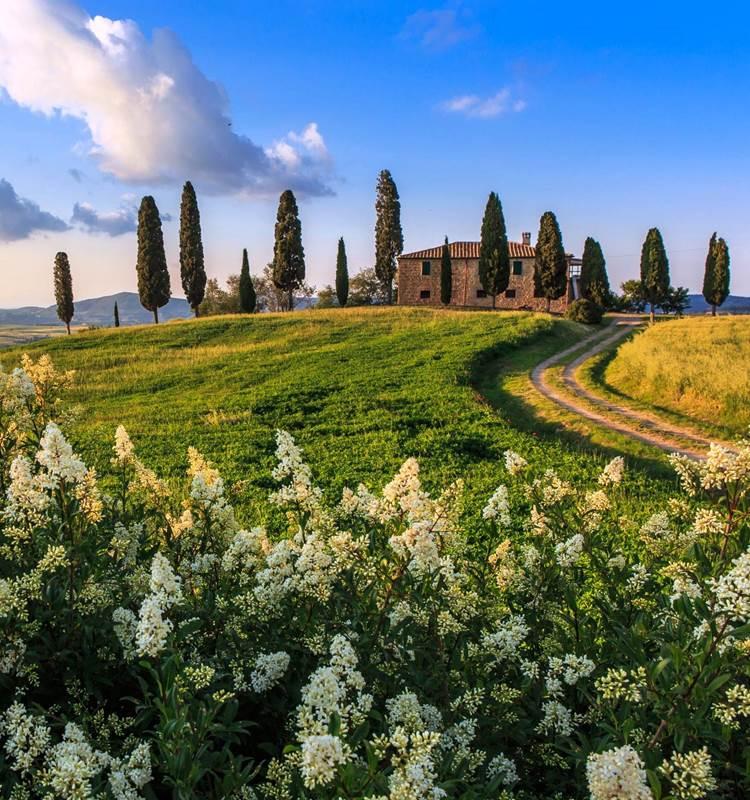 LCR: What is something you wish you knew when you started out?

MM: Writing a book is like aging a fine wine. It takes time and sometimes the process just can’t be rushed, despite my impatience and desire to hurry the story along. After completing the first draft, as excited as I might be about what I’ve set down in the first flush of writing, it is far from perfect. But rather than becoming discouraged, I must always remember my best work actually comes later during the re-writing and editing. That is when I can weave in the details and more masterfully embellish the scenes.

The second time around, I’m no longer feeling my way in the dark, and the story becomes richer and fuller because I am totally in command of the plot and know exactly where I am going with the story-line. Even in the final hours before publishing, I’m kind of in awe that I’m still writing amazing lines, that I never could or would never have written six months before. So yes, I must always remember, the story gets better with age.

MM: My writing practice is a long and circuitous one, and I devote hundreds and hundreds of hours to the process.

After finishing several weeks of initial research, I begin brainstorming a plotline and then write a detailed 100-page outline. When it is complete, I share it with my primary story editor. Given the green light the overall story makes sense, I begin the first draft following my detailed 100-page road map. I work non-stop, writing every day, creating a 100,000+ word manuscript. During this time, I allow myself to write fluidly in an expansive manner, trying to ride the creative wave that first inspired the story. After completing the initial draft, which takes about two months, I review it again with my original story editor (a female), as well as with another (a male). Based on the feedback I receive, I then begin the extensive editing and re-writing process, cutting out unnecessary information, adding useful details, fixing plot problems and refining dialogues until I finish the novel, which can take another six to eight months.

I write best late at night and early in the morning. Afternoons, I spend doing further research or going to the gym to exercise, relax and refocus my brain. Early evenings, after preparing dinner, I go for long calming walks with my two beagles. As I walk, I listen to Italian music and watch the sunset and the moon rise. I often leave the house tired and without energy, but as I walk and gaze at the stars, my mind subconsciously replays scenes and chapters, and it is during these walks that often I have my best ideas. I resolve plot problems or think of lines to write, and I rush home to open and capture them in the document that is always open on my computer. I am so energized at this point, the ideas just seem to flow out of nowhere, and I continue writing until the wee hours of the night.

I always write my stories on a computer. I begin my manuscripts in Word, and then when the story is really solid, I lay it out in InDesign. Since I am a graphic designer and a visual person, early on I need to see my story fully formatted, to envision what it will look like printed. I also design and illustrate my own book covers and as I work on the graphics and set the type, I continue thinking about the storyline. Inevitably, reviewing the layout of my novel in InDesign, I see it and read it with new eyes, and this also helps my editing process.

I read and reread my manuscript countless times over and can continue working on it for months. But at a certain point, I have to tell myself I’ve told my story to the best of my ability and say goodbye to my protagonists and let them enter the world so that I can move on to my next idea! 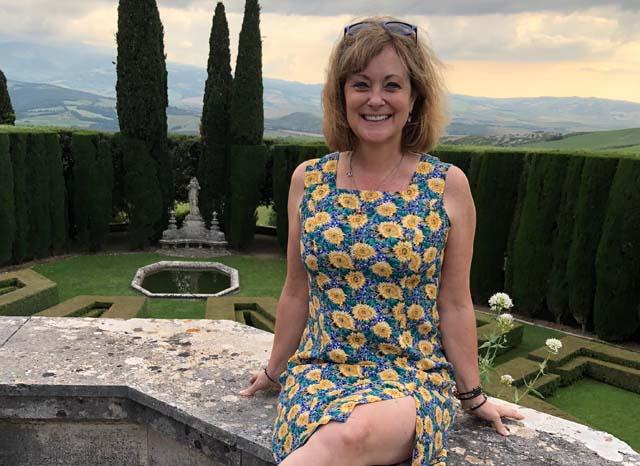 LCR: You are an artist, writer, designer, Italian language instructor – how do you express your passion for Italy through all your creative talents?

MM: In all my pursuits (from writing books, blogs, filming Youtube videos, to leading groups to learn Italian in Italy) my goal and my passion is to share with others the Italy I have come to know through my travels and personal experiences living in Italy. I want others to know the legends I have learned, the cultural curiosities I find so intriguing, as well as the history, the religion and the art. I want to paint a picture of Italy in words, to share the tastes, the smells and the sights that can be found in no other part of the world.

I also want my followers to understand the joy one feels being in Italy, but more importantly, the pleasure and the generous response one receives from an Italian when he hears you speaking his language.

Italy is truly a magical place, one that I never tire of writing about! 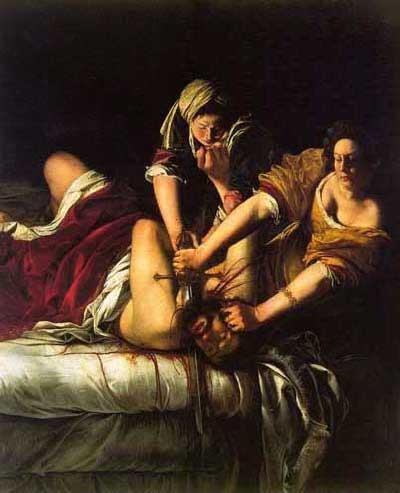 LCR: Artemisia Gentileschi is fierce! And such a relevant figure in today’s world! What are some of the things that stand out about her – what does she represent for all women?

MM: Artemisia’s story is an intriguing one, but the thing that truly sets her apart and why she was so successful in the end, was her passion for painting! She lived and breathed her art and practiced it from a very early age, perfecting her skills, learning from her father, other masters, even the painting instructor who raped her. Artemisia was an observer of nature—she studied her own body, painted from life and worked with esteemed scientists like Galileo to understand how blood flows through the body and from gaping wounds. She never stopped learning, and she never stopped painting—even during her darkest days.

And during her lifetime Artemisia suffered through many dark days. She lived in a male-dominated society and hence, because of her gender, as a young woman she lived a very restricted life, and her liberties were extremely limited by her father. She was kept a virtual prisoner in her own home, not allowed to venture out on her own. In her lifetime Artemisia endured sexual harassment and rape. She was lied to, abused, and subjected to a court trial when the man who raped her reneged on his proposal of marriage. It turned out he was already married to someone else and had fathered children by yet another woman. It was only during the trial Artemisia found all this out. After raping her the man coerced and blackmailed her into accepting his promise of marriage so he could continue having access to her bed.

In a very public trial Artemisia, attended by a jury of men, she was subjected to inspection in front of a judge and tortured with thumb screws to prove she was the one telling the truth as her rapist looked on untouched. She won her court case but left the courtroom in disgrace and almost lost her promising painting career. To save her reputation her father had plans of sending her to a convent, thinking no man would ever touch her since she was soiled goods. In the end, he bartered her off to a philandering Florentine man, and Artemisia was forced to leave her home town and begin life all over again in a new city. There she lived with a man she didn’t love or respect, and who stole her money. During her years in Florence, she also suffered several miscarriages

And yet, none of this prevented Artemisia from maturing into a strong, independent woman, a successful artist, and the first female to ever be admitted into Florence’s exclusive Art Academy. She painted for Kings and Dukes all over Europe and even in England. She surpassed her male peers because she developed her own unique style did not merely imitate the work of other men. It could be said she was one of the first to champion the woman’s movement, refashioning traditional biblical themes, repurposing them so that in her canvases, women become the center of the viewer’s focus. In her paintings, she demonstrates that when women unite and take control of their lives and their destinies, they become the heroes of the story. 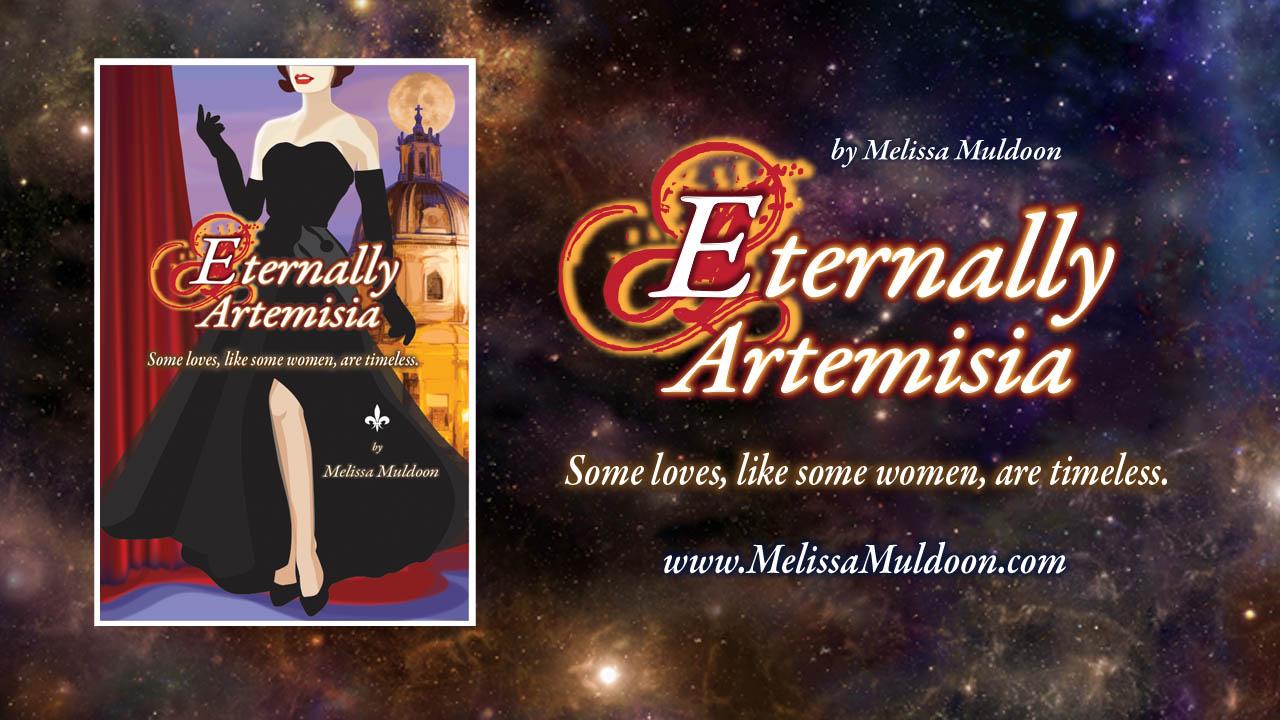 
Read my review of Eternally Artemisia
on Library of Clean Reads

Posted by Laura at Library of Clean Reads at 8:13 PM No comments: