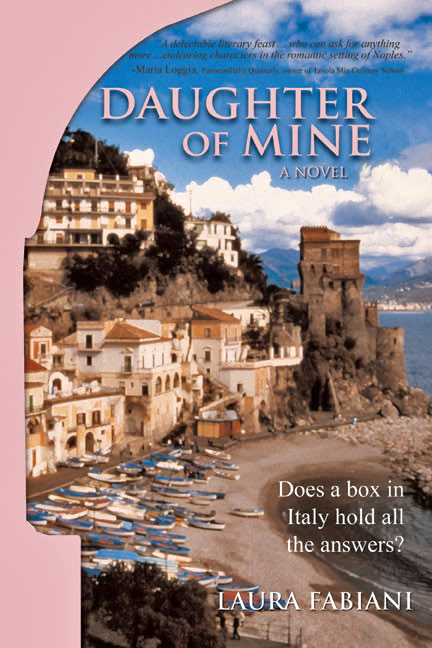 Tiziana Manoretti is an only child in her late twenties blessed with loving parents, a promising career, and a best friend who fiercely protects her. When her mother falls seriously ill and the relationship between her parents becomes suddenly strained, a carefully hidden family secret is revealed and Tiziana’s seemingly idealistic world is turned upside down.

After discovering she was born in a Naples orphanage and subsequently given up for adoption, Tiziana sets out for the small town of Gaeta in an attempt to find her birth parents. Meanwhile, her best friend Christopher is sending her mixed messages, causing her to wonder if there is more to their relationship than just companionship. As she becomes intertwined with a handful of interesting characters who help her uncover her past, Tiziana needs to decide whether her feelings for Christopher are deeper than she realizes. She discovers herself and others all while her family’s resilience and love for one another is tested when confronted with a shocking truth.

The answers lie in a box found in a closet in Italy, and Tiziana must determine if she wants to embrace the heartache and the pain from her past in order to learn forgiveness and find peace in the future.

Laura Fabiani's Daughter of Mine manages to keep the reader's attention with a fast-moving plot and interesting characters, and she also has a strong message about the power of love and forgiveness.
- Montreal Review of Books - Read the rest of the review here.

What Would You Do To Discover Your Birth Parents?
Book Reviewed by Marianne Perry

The cover of Daughter of Mine captivated my attention. Pastel buildings against an azure sky perched on a rocky coastline coupled with ruins of a crumbling stone castle cast immediate allure. Since I am the mother of an adult daughter, the title of Laura Fabiani’s novel also piqued my interest. The caption in the lower right corner, “Does a box in Italy hold all the answers?” heightened my curiosity as well. I am a second generation Canadian-Italian who has researched her ancestral roots for two decades and I’ve travelled to Italy numerous times to solve family mysteries. The book blurb on the back indicated Daughter of Mine about a young woman named Tiziana Manoretti who upon discovering her born in a Naples orphanage embarks on a journey to the town of Gaeta to find her birth mother and father. For these reasons, I wanted to read this book; when I’d finished, I was pleased that I had so decided.

The story begins with a Prologue set at the Grand Villa Irlanda in Gaeta, an ancient town on the Gulf of Naples. We meet the owner, Caterina Ariosto who possesses the mysterious box. The introductory section ends with the cryptic lines, “She could only wait as she had been doing for the last two decades for this person to come to her. And that could mean waiting forever.” We are immediately drawn into the tale.

Within the introductory chapters, Tiziana is revealed a professional woman who straddles both the traditional and modern world. A mechanical engineering technologist in a Montreal engineering firm, she is the only child of Chloe, a Canadian and Steve who’d emigrated from Italy. Theirs is a tightly knit unit and though twenty-seven, she is single and living at home. Tiziana manifests confusion and angst with respect to the secret her parent’s kept and despite it contravening their wishes, holds steadfast in going to Gaeta to search for the truth.

There are forty-seven chapters in Daughter of Mine; all of which are concisely written. The plot unfolds rapidly from multi viewpoints. The suspense arch is deftly drawn, laced with episodic humour, coincidences, surprises and twists plus clever endings to ensure we are keen about what happens next.

The author establishes authenticity in various ways and I felt as if I’d visited Italy in Daughter of Mine. For example, the interjection of words such as pronto, aspetta and bambina helps create a sense of place. References to food including frittata con funghi, cornetto, spaghetti con aglio e olio and panino adds substantiation. The character names, Massimo, Flavia and Gian-Carlo are easy to remember yet effective. Saints are revered in Italian culture and a reference to Sant’Erasmo, Gaeta’s patron, was noteworthy. I particularly favoured the phrase, bella di papa; Stefano’s sweet term of endearment for his daughter, Tiziana.

Laura Fabiani’s descriptions also merit comment. The Orfanotrofio Santa Maria Della Fede, the Gaeta orphanage where Tiziana was born on March 12, 1980 is vividly drawn in Chapter 13. I site the example, “The tiles of the courtyard were a colourful mixture of mustards, terracotta, and blues, forming a mosaic of the sun at the center.” Her depiction of Gaeta in Chapter 15 is splendid as are the details of Rome in Chapter 28.

Male-female relationships are complicated and the cited quote referencing the changing dynamic between Tiziana and her long term friend, Christopher testifies to the author’s grasp of this issue and adroitness at summarizing it. “…it’s been my experience that one or the other will always tend to view the friendship as more than what it is.”

Adoption is complex and in addition to articulating Tiziana’s sentiments, Laura Fabiani explored the topic from myriad perspectives. This included: the birth and adoptive parents; the nuns of the Dominican order complicit in the adoption; the sibling and child of the birth mother; the birth father; legal authorities, Tiziana’s friends, etc. As a result, we gain insight into the intricate emotions underlying such a decision and our understanding deepens.

The following three examples (quotes partial and out of sequence) reflect the author’s mastery of the subject and, once again, talent of expression.

In Chapter 13, Tiziana says, “…I just want to know who my birth parents are….Is that wrong?” Suor Annunziata, a Dominican nun from the orphanage replies, “No. my child, it isn’t. But it doesn’t always mean, it’s the best thing to do.”

In Chapter 38, Tiziana says, “I was angry with my parents for not telling me sooner, for keeping it a secret.” Gilda responds, “It’s a universal need to know one’s roots. And it may be difficult for some parents to understand this for a reason you may be unaware of….” “The term father and other here applies to your parents whether they gave birth to you or not,” Gilda said gently.

In Chapter 44, Tiziana’s reaction to the letters, which inform her of the truth is poignantly captured in this sentence. “Words of pain and words of betrayal. Words of love and words of hope.”

Daughter Of Mine concludes with a brief Epilogue that links to the Prologue and answers any residual questions. It is evident Tiziana transformed by the experience and on the cusp of a new chapter in her revised life. Though the conclusion is bittersweet, the reader is satisfied. I look forward to Laura Fabiani’s future novels.


Buy Daughter of Mine at: