Out from the Underworld by Heather Siegel (Book spotlight & Giveaway)

Today I'm featuring Out from the Underworld by Heather Siegel, a gutsy memoir of how the author and her siblings faced parental abandonment. It's well-written and almost reads like a novel.

You can find my review on Amazon.ca. This is a story that touches on mental illness, family responsibility and fighting to win against all odds. Heather is an author to watch out for, and I look forward to reading her future work.

In her memoir, Heather tells of how she and her sister are put into foster care with an Italian family. I had to laugh when Heather recounts her first meeting with Mrs. Giordano when even before being introduced, Mrs Giordano opens the refrigerator and offers them food. Heather states in her memoir, "I liked her way of food first, business second."

Food is a big part of the Italian culture. Everything revolves around it. Food is both seen as an art and as comfort. In North America the Italian Americans brought the customs from their small towns and are still practising them today, like making tomato sauce and wine in the fall. I grew up with these customs that are such an inherent part of my life.

Anyhow, be sure to check out this memoir and enter the giveaway! 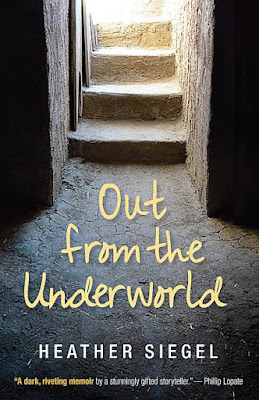 Heather Siegel was six years old when her mother disappeared, sending her father into a tailspin that took Heather and her siblings down with him— from a comfortable suburban home to a barely habitable basement apartment, a dark world they soon found themselves fighting to return to from the exile of foster care, then fighting even harder to escape.

Forty years later, Heather Siegel tells the remarkable story of how she and her siblings, Jaz and Greg, banded together to find out what happened to their mother and fight their way Out from the Underworld with nothing but their wits, determination, unbreakable bonds and gifts for humor and compassion to sustain them. A wrenching, inspiring story filled with heartbreak, hope and love, Out from The Underworld will move you to laughter and tears.

Where to buy the book: 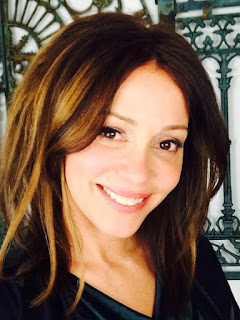 Heather Siegel holds an MFA in nonfiction writing from The New School. Her work has appeared on Salon.com and in The Mother Magazine and Author Magazine, as well as in various trade publications. She was a finalist for the 2010 Pacific Northwest Writers Association Literary Award in Nonfiction Writing, the 2011 San Francisco Writers Conference Nonfiction Writing Award, the Carolina Wren Press 2012 Doris Bakwin Award and the 2012 Kore Press First Book Award. A multi-creative person with interests in the arts, nutrition, health and beauty, she has founded several independent businesses, including a coffeehouse, a café, an organic juice bar and a natural beauty bar. She currently lives with her husband, Jon, and daughter, Julia, in the woods of Long Island in a house filled with light.

Posted by Laura at Library of Clean Reads at 7:19 PM