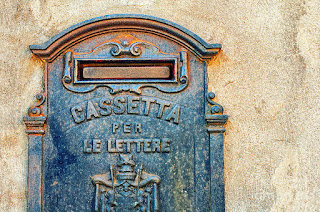 Getting the kids ready for back to school here in Montreal, Canada. They start on Aug 31. Did you know that in Italy the children start school around the second week of September and they attend from Monday to Saturday from around 8 am to 1 pm? No cafeterias in schools there!

I've been anxiously waiting for the release of this 5th book in the Roma series. So excited to finally get it! On tour with Italy Book Tours from Oct to Dec. 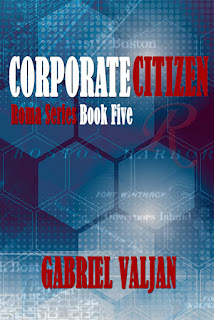 A call for help from an old friend lands Bianca and the crew back in Boston. On a timeout with Dante, due to revelations in the aftermath of the showdown in Naples, Bianca is drawn to a mysterious new ally who understands the traumas of her past, and has some very real trauma of his own. Murder, designer drugs, and a hacker named Magician challenge our team, and Bianca learns that leaving Rendition behind might be much harder than she thinks.

I've been wanting to read this for a long time. So I bought myself a copy while on vacation. 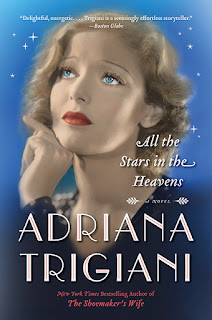 All the Stars in the Heavens by Adriana Trigiani

Adriana Trigiani, the New York Times bestselling author of the blockbuster epic The Shoemaker's Wife, returns with her biggest and boldest novel yet, a hypnotic tale based on a true story and filled with her signature elements: family ties, artistry, romance, and adventure. Born in the golden age of Hollywood,All the Stars in the Heavens captures the luster, drama, power, and secrets that could only thrive in the studio system—viewed through the lives of an unforgettable cast of players creating magic on the screen and behind the scenes.

In this spectacular saga as radiant, thrilling, and beguiling as Hollywood itself, Adriana Trigiani takes us back to Tinsel Town's golden age—an era as brutal as it was resplendent—and into the complex and glamorous world of a young actress hungry for fame and success. With meticulous, beautiful detail, Trigiani paints a rich, historical landscape of 1930s Los Angeles, where European and American artisans flocked to pursue the ultimate dream: to tell stories on the silver screen.

The movie business is booming in 1935 when twenty-one-year-old Loretta Young meets thirty-four-year-old Clark Gable on the set of The Call of the Wild. Though he's already married, Gable falls for the stunning and vivacious young actress instantly.

Far from the glittering lights of Hollywood, Sister Alda Ducci has been forced to leave her convent and begin a new journey that leads her to Loretta. Becoming Miss Young's secretary, the innocent and pious young Alda must navigate the wild terrain of Hollywood with fierce determination and a moral code that derives from her Italian roots. Over the course of decades, she and Loretta encounter scandal and adventure, choose love and passion, and forge an enduring bond of love and loyalty that will be put to the test when they eventually face the greatest obstacle of their lives.

Anchored by Trigiani's masterful storytelling that takes you on a worldwide ride of adventure from Hollywood to the shores of southern Italy, this mesmerizing epic is, at its heart, a luminous tale of the most cherished ties that bind. Brimming with larger-than-life characters both real and fictional—including stars Spencer Tracy, Myrna Loy, David Niven, Hattie McDaniel and more—it is it is the unforgettable story of one of cinema's greatest love affairs during the golden age of American movie making.

Have a great reading week!
Ciao!
Laura
Posted by Laura at Library of Clean Reads at 9:01 PM